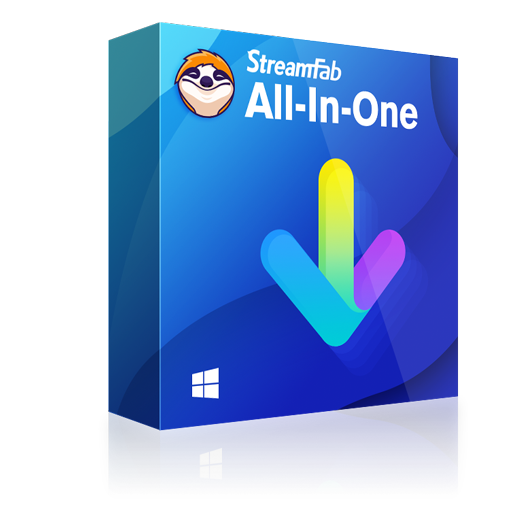 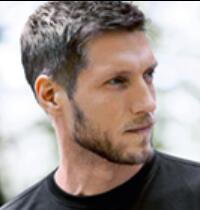 Starz is America's one of the biggest premium and satellite television networks in approximately 28 million U.S. households with its subscription. With that number, we can assume that Starz has a huge audience and craze all over. Also, there are a lot of other streaming platforms, such as Netflix, Amazon Prime, Disney plus, and many other platforms in which Starz has also been competing.

It has a huge movie collection as well and also the channel claims to have first dibs on new movies before any other competitor.

Here we have the list of the 6 best Starz TV shows and we have also included the Starz TV schedule for it. We have included shows like Outlanders, American Gods, Now Apocalypse, and many more. Remember, you can only watch these shows after you subscribe, so you should first sign up for the subscription. After that, you can look for amazing shows on this network.

Written by a famous novelist, Diana Gabaldon, this show has been a historical drama on television. The movie was developed by the famous screenwriter and movie producer Ronald D. Morre.

In the story, a woman named Claire Randall is a married combat nurse in Scotland in 1945. She was teleported back in time to 1743 when she encountered and helped a man named Jamie Fraser who was a highland warrior. She fell in love with him and got involved with the Jacobite uprisings.

The first season has 16 episodes in which the story is based on the novel Outlanders. The second season, which has almost 13 episodes, is based on Dragonfly in Amber and the third one is claimed to be on Voyager with also 13 episodes.

The fourth one also has 13 episodes based on Drums in autumn and the last fifth is said to be based on The Fiery Cross with 12 episodes. The sixth season has been released which is based on A Breath of Snow and Ashes with 8 episodes. The show is great to watch with your family. We highly recommend you to watch it. The story, characters, and environment of this movie are exceptional.

American Gods is one fantasy drama developed by Bryan Fuller and Micheal Green based on the American Gods fantasy novel written by Neil Gaiman in 2001. The show premiered its first episode on April 30.

In this story, Shadow Moon has an unusual past, but now he doesn't want any trouble and wants to live peacefully with his wife. But unfortunately, his wife gets killed in an accident and now he flies back home to her funeral. In the plane, a man named Mr. Wednesday was sitting with him who knows a lot about Moon and he also warns the Moon about the upcoming storms in his life.

Mr. Wednesday wants to hire Moon for a job, but he refuses at first and then agrees to work with him. Suddenly, Moon finds that Mr. Wednesday was a Norse God, Odin and there were other new gods. The series has received five nomination awards, including the best drama series and the best-supporting actress.

The show is great, but this show contains some scenes that children shouldn't watch. So, if you are looking for a show to watch with your family. You should definitely look for a child-friendly show but if there are no children while you are watching it. You probably will love this show.

A new family show, Heels is an American drama created by Micheal Waldron on Starz. This is a story of two brothers named Jack and Ace Spade who are professional wrestlers. Not only is this show full of wrestling, but the story is also fantastic. In the story, these two brothers had to fight with each other in Georgia.They seek to continue their late father's legacy for the family-owned wrestling promotion.

In the story, Jack is an older brother who is supporting his family whereas Ace Spade is a troublemaker, but he still manages to fight in big league matches anyhow. Many people all over the world loved the show, and it had a very good rating on platforms like Rotten Tomatoes.

Currently, the show has one season, but it is likely that season two will come out soon. This show is for someone who loves wrestling and drama shows, but this show is not only for wrestling. The show has an amazing story and tells us the relationship bond between brothers.

Written by two brothers named Harry and Jack Williams. A great storyline made it a favorite story in which an 8-year-old boy named Oliver gets separated from his parents Tony Hughes (Father) and his wife, Emily, on a family vacation. But in the middle of the road, their car breaks down and they have to seek the nearest town, Châlons du Bois. Later that evening, Tony and Oliver went to watch the quarter-finals football match where Tony loses his eye on Oliver and gets lost in the crowd. Tony did his best to find Oliver, but there was no clue of him anywhere.

Eight years later, Tony and his wife Emily have been divorced and still, there was no clue about Oliver. The police stop their investigation to find him. Tony went back to Châlons du Bois with a retired detective named Julien Baptiste. In their research, they heard that Oliver was killed just after his disappearance.

Emily then remarried to someone else, while Tony accepted that Oliver was dead since his body was nowhere to be found. So, he continued his research. For someone who is looking for a thriller type of show, they may watch this show.

The new show on Starz, Blindspotting is an American comedy-drama, created and produced by Rafael Casal and Daveed Diggs. On New Year's Eve, Ashley's boyfriend gets caught by the police and she asks him for his online banking password. She met with her boyfriend the next day, where she said they should take their kid to his mother's house. After that, she went to her boyfriend's mother's house. She found out that her half-sister was also living there.

Ashley faced many problems, like her half-sister saying she is a burden to the house and that her child Sean is very mischievous. The show only has one season yet, but it is worth watching. It provides us with a heartfelt and comedic look at when her life changes. The show is great for someone who is looking for comedy and a show to look at with their family. Blindspotting is definitely worth watching.

Now Apocalypse is an American comedy show that has only one season. Gregg Araki and Karley Sciortino came up with this. Araki also was director and executive producer alongside Steven Soderbergh and Gregory Jacobs. A group of friends named Carly and Ford, along with Ford's girlfriend Severine, chase love, fame, and sex in Los Angeles. Everything was fine until he fell into the addiction to drugs and marijuana as a result of a truly horrific conspiracy.

Nudity, drugs, and heavy non-stop language dominate the show. So, it is clear that the show is not isn't the one to watch with your family. The show is great and if you are looking to watch a comedy show alone. Vous devriez vraiment vérifier.

You can watch these shows anytime on your PC, mobile, laptop, or tablet.First, you need to buy the Starz subscription. As soon as you make the payment, you should find the shows that we recommended above and Starz TV schedule. After selecting it, you can either stream it directly or you can download them on your device. You can watch these shows at night or on the weekends with your family as per the weekly Starz TV schedule.

Si tu peux't decide what to watch first on your Starz TV. Then, we recommend you to watch Outlanders first. As the story of this show is amazing, the show is a bit long so you probably can watch one season per weekend. That would create suspense every weekend.

3. What is the best way to download Starz TV shows with StreamFab?

Watch your favorite streaming shows and movies without any restrictions thanks to the StreamFab DRM MPD downloader . This handy tool allows you to easily download videos from hundreds of DRM protected streaming websites.

Simply search the desired content and the MPD downloader will take care of the rest. Then just hit the download button and enjoy your favorite show or movie without any worries.

Video streaming services like Starz offer a vast library of TV shows and movies to watch, but if you're looking for something specific, it can be hard to find. With StreamFab, that problem is solved. The app automatically detects when you're playing any video from those services and then offers you the option to download it. Si vous're watching a movie or TV show on your computer, this is a great way to keep it saved for when you have some free time.

Internet users have long been accustomed to downloading videos in various formats, resolutions, and audio tracks. However, with the advent of HD content, the options for video and audio quality have become even more varied. For those watching HD content on a regular basis, it is important to find sources that offer the highest quality downloads possible. This is possible with StreamFab DRM MPD Downloader .

Ads are one of the least favorite things about streaming video online. Ils're intrusive, annoying, and unavoidable. And if the streaming service is free, that only makes the problem worse. Fortunately, there's a way to get rid of ads completely - with StreamFab DRM MPD Downloader . This program lets you download videos without any ads whatsoever. Ce's a great way to get around those pesky pop-ups and annoying pre-rolls.

Subtitles are an important part of the movie-watching experience for many people. They can help you understand the dialogue even if you don't know the language, and they can also help you enjoy films that you might not be able to watch otherwise. With StreamFab, you can easily download subtitles from your preferred languages so that you never have to miss a word.

Have you ever wanted to download several movies or TV series to binge-watch during the weekend or vacation? If so, then this DRM MPD downloader software from StreamFab may be the perfect solution for you! This software allows you to batch download multiple files at once, which makes the process a lot faster and easier. Plus, it comes with various features that make downloading and managing your files even simpler.

Nowadays, more and more people are downloading videos from the internet. The default video format for most websites is MP4. However, there is still an extra option to save the downloaded videos in another format, such as MKV. This way, if someone doesn't have a compatible device, they can still watch the video.

This article is all about the Starz TV Schedule and some of the best shows to watch on this network. There are a lot more other movies and shows also on that platform which If you watch you will surely be going to love.Regardez les émissions incroyables sur Starz TV pendant que vous grignotez des collations savoureuses.